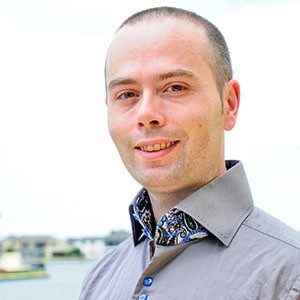 Negative social media feedback is affecting more and more businesses. Some people live in fear of receiving a negative comment, but it’s an opportunity for a little bit of magic.

There is a legend in a land far far away that a man once turned water into wine.

But, I’m a practical person.

I don’t actually believe water can be transformed into anything other than coffee. Yet, one thing I do believe though is that negative feedback can be turned into a positive outcome.

And you don’t need to be the Bear Grylls internet equivalent to survive negative social media feedback.

These techniques are easy, once you know them! So let me show you how this works.

Attacks or negative feedback come from two types of people.

The unhappy buyer or prospect is usually upset because of some mishap or product defect. If they are leaving negative social media feedback it’s because their problem hasn’t been acknowledged or dealt with.

Maybe your marketing department promised the earth but the production department only delivered mud!

The vicious random person is just an awful character. Attacks from this type of person have no basis of reality. They make no sense at all, except to themselves. They are completely random so far you are concerned and are by far the most difficult to deal with.

Successful businesses can get a lot of vicious attacks.  Although nobody would ever welcome an attack, it’s a yardstick to measure your success!

The wrong thing to do about anything is nothing!

If you’ve got a negative comment, no matter the strength of it, respond to it.

Whether you are dealing with an unhappy customer or a vicious random, they are frustrated and or angry.

Angry people always make noise, and usually lots of it.  Why? Well, because they want to be heard!

So hear them, and let them know they’ve been heard by responding to them. Acknowledge them and don’t make them wrong.

Respond to them quickly as well, don’t ponder over things, just reply as soon as you see it.

Social media is a public environment. If someone has chosen a public arena to be negative you’ve got to deal with the person publicly.  At least to begin with. Once you have calmed the situation down you can then go more private. Let the public see you are not afraid to answer the accusation in the public arena.

Now, there are two things to consider here.

If you’ve got a flaw in your product or service you don’t want the entire world to see.

You do want people to see that you have awesome customer service.

Respond publicly and handle it privately where possible.

Thank the person for their feedback. Acknowledge them for the opportunity to work with them to improve the product / service. Then immediately ask them what is the best time to CALL them about the issue.

This handling is great for many reasons, some of which are:

If you’re dealing with the vicious random person things are a bit more challenging. Since you can’t just call them you should reply to them, but never get worked up. Only ever reply in a sort of bored, “cant-be-bothered” manner. If they think they are helping you, they will quickly cease their line of attack.

This might not end the social attack instantly, but it’s the fastest method I’ve ever employed, either for myself or for other people.

Random: Your product sucks and I hate you.

You: Oh, right, well which product do you dislike?

Random: I haven’t bought your crappy product and I never will, it’s s**t.

You: OK, thanks for the input, your comments are valuable to the enhancement of our products.  Good on ya for helping out!

Does the above example actually work? It actually does. What’s more the attacker now also looks like an idiot. Anyone reading it would quickly figure out who they give their allegiance to.

How do you know if you are winning?

If the person changes the subject or starts off on another point.

It’s a shame, but these people really do exist! We work in the Social Media arena a lot and often come across this situation. It is remarkable the different techniques people adopt. This one is the best we have seen so far!

If you’ve been on the receiving end of negative social media feedback, whichever type, it hurts. But don’t dismay.

If you’ve got someone trying to belittle you, the surest cure is to flourish and prosper. By succeeding and doing well you’ll show them that you are a force to be reckoned with.

Don’t succumb to bullying. Make a success out of your business and get your product or service into the hands of the public, in volume.